Why India is considered best place to visit during Durga Puja? 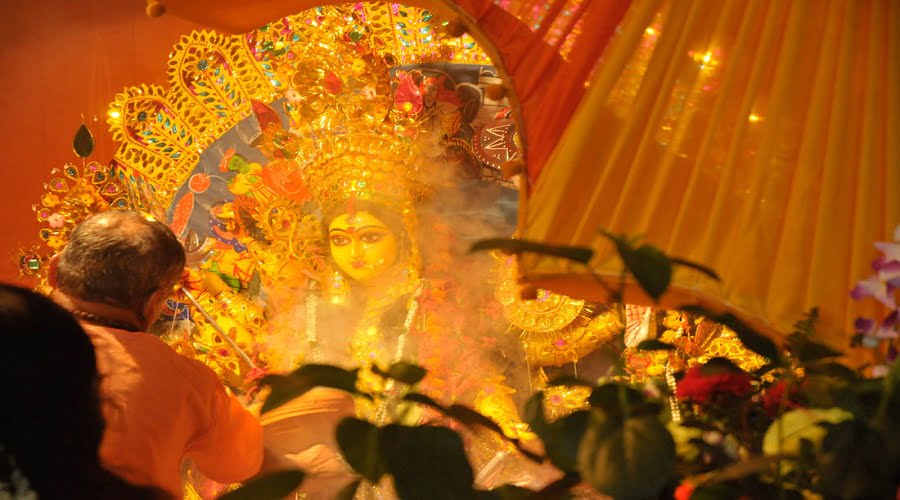 Why India is considered best place to visit during Durga Puja?

In India, Durga puja is considered as one of the best festivals, especially in West Bengal. The festival of Durga puja is a festival that happens for nine days. According to Indian mythology, it is the belief that three goddesses joined together to become Durga to kill a demon. If we talk about 2020, the Durga puja starts on the 22nd of October and ends on the 26th. In West Bengal the last five days of Durga puja are the most colorful times.

India is a multicultural country where people celebrate different festivals and Durga Puja is one of them. According to a survey, there is around 8.11% of the Bengali population in India and this has made Durga Puja an important festival celebrated across the nation. Merriments of this festival began during the end of Navaratri and Dussehra. And, this is the best time to plan your vacation. So, you can plan in advance and choose the best destinations to explore in these nine days with the best cab service provider.

A lot of Durga sculptures would be made every year for the celebration. On an auspicious day, usually a week before the beginning of the festival, the eyes of the sculptures would be drawn. It is considered that this marks the process of welcoming her to earth. There would not be much a celebration on this day, but, you can find a lot of sculptures and other masterpieces. You can visit Kumartuli, a famous place in Kolkata to watch how sculptures are made.

Top 5 Places to Visit during Durga Puja in India

Bengalis believe Maa Durga returns to her paternal place and thus worship her like a daughter during this festive season. Temporary temples called ‘pandals’ made of bamboos and colorful decors are put up in open spaces to place the life-sized idols. Amidst your pandal hopping, as you mesmerize the creations of skilled artisans, do not miss the scrumptious roadside food or the magnificent processions on the last day to immerse the idols in river Ganges.

The outstanding feature of Navratri and Dussehra in Gujarat is Rasa and Garba dances performed by localities in communities irrespective of caste and creed, status or power. A circular dance form involving clapping and whirling along with a prop stick known as ‘Dandiya’ attracts tourists here. You can hire tempo traveller in ahemdabad. Top singers and performers in cultural outfits gather at hotspots like Navlakhi Ground, Laxmi Vilas Palace, Sarkhej-Gandhinagar Highway to put up the dance that symbolizes fertility, victory, and happiness.

People accumulate here to get a glimpse of their famous Kumari Puja or relish the ‘khichdi bhog’. Other well-acclaimed pujas in the Bollywood city are North Bombay Sarbojanin Durga, Bengal Club Puja, Air Force Colony Puja, Kallol Kali Temple Puja, Bengal Institute of Art & Culture Puja and Bandra Natunpally Durgotsav. Delectable Bengali food items like fish curry, ‘fish fry’, ‘luchi’, ‘kosha mangsho’, ‘rosogolla’ or ‘payesh’ are available in the temporary stalls around these pandals. In recent years one of the community puja that is gathering B-stars and hitting overhyped by the media is Lokhandwala Durga Puja in Andheri.

A visit to the shrine of Mata Vaishno Deviji during Navaratri is considered most auspicious, where pilgrims seek blessings and continue the age-old custom of worshipping the goddess as a spiritual force.

CR Park or the Mini Bengal in the Indian capital is the hub for Durga Puja for more than decades. If you are planning to visit delhi in navratri season then hire a car rental in Delhi. The area hosts four important community pujas – Samity B Block Durga Puja, Samity K Block Co-operative Ground, Kali Mandir Society Puja, and Mela Ground Durga Puja. However, no Bengali in Delhi misses the classical ‘Daaker Saaj’ idol of Delhi Durga Puja Samiti, being the oldest in town since 1910. The non-Bengalis here celebrate Dussehra with much fanfare by burning effigy of Ravana at different venues.