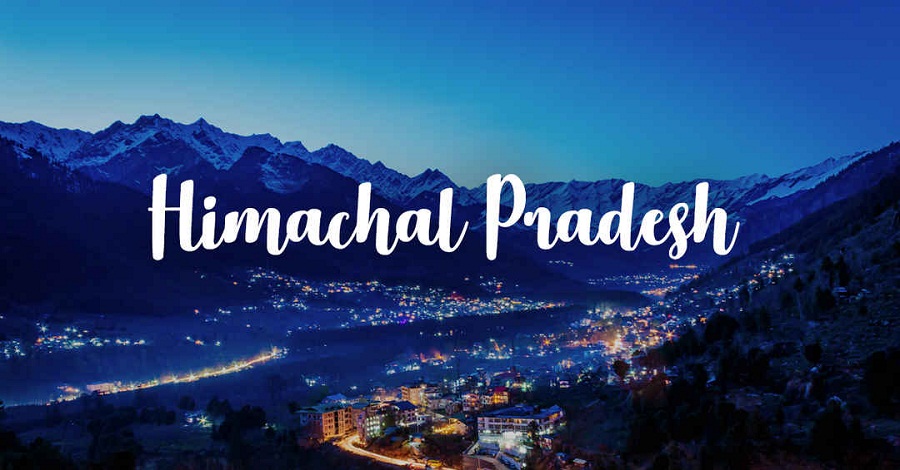 Himachal is the northern state of India. There are hundreds of tourist spots worth seeing in Himachal. Come let’s know the 10 best tourist places here where you must visit.

Chamba is situated just 13 hours away from Mussoorie in Uttarakhand. It lies in the middle of the roads leading to Tehri, Mussoorie, Uttarkashi. You can reach here by train from Amritsar city of Punjab. The terraced roads of Chamba and the winding valleys laden with tall trees, small houses hidden in clumps will fascinate your mind.

Manali is about 275 kms from Shimla. Seeing Manali surrounded by mountains from all sides, one experiences adventure and romance. This is a great spot for the adventurous people. Tourists coming here stay in the village located in the town. Here you can enjoy trekking, skiing and rafting. Kothi is situated at a distance of about 12 kms from Manali. From here there is a panoramic view of the mountains. Here the fast flowing cold water of the Beas river offers a wonderful view.

Dalhousie is a beautiful hill station of Himachal Pradesh. The distance here is 239 km from Chandigarh, 214 km from Kullu and 332 km from Shimla. Chamba is 192 km away from here. There are dozens of such places here which are relaxing to the mind. Khajjiar Lake is 2.5 km away from Dalhousie, whose shape is very attractive like a saucer. It is so wonderful to see it.

Shimla is also known as the city of seven hills surrounded by lush greenery. Even in summer, the maximum temperature here remains around 25 degrees. The best time for snow skiing is between January and March. Along with fishing and golf, you can also enjoy trekking by coming here. Narkanda to Banjar and Sarahan to Sangla are the famous track routes in Shimla-Kinnaur region. Both the routes are about three and a half kilometers away.

Jwalamukhi- Siddhida (Ambika) This is called Jwalaji place. The temple of Jwaladevi is located at a distance of 30 km to the south of the Kangra Valley of Himachal. It is one of the 51 Shaktipeeths of Maa Sati. Mother’s tongue had fallen here. Its power is Siddhida (Ambika) and Bhairav ​​is called frantic. For thousands of years, 9 flames have been igniting from the mouth of the goddess, which Akbar tried to extinguish but he was unsuccessful. These jewels are the form of 9 goddesses Mahakali, Mahalakshmi, Saraswati, Annapurna, Chandi, Vindhyavasini, Hinglaj Bhavani, Ambika and Anjana Devi.

Dharamshala is situated at a distance of 17 kms from Kangra. It is very special to see the snow-capped Dhauladhar mountain range here. The city is divided into upper and lower divisions with different elevations. The city of Dharamshala in its lower part and the upper division is known as McLeodganj.

This valley is surrounded by Himalayan hills in every way. The snow-capped mountains, winding roads and picturesque valleys enchant the mind. One can visit here only in summer. For further more details contact taxi service provider in himachal.

Mandi is a historical city of Himachal Pradesh situated on the banks of Beas river. Mandi is famous for its 81 old stone temples and exquisite carvings, it is often referred to as the ‘Varanasi of the Hills’.

It is one of the best places in the world for paragliding which also hosts the World Paragliding Championships every year. In this, the take-off site is called Billing and the landing site is called Bir. You can also enjoy trekking and meditation here.

Most of the rivers of Himachal flow here by hiring car rental in himachal. The place is surrounded by deodar forests and tea plantations. If you are going to visit Himachal Pradesh, then do not forget to visit Palampur because there is a wonderful confluence of river and greenery here.