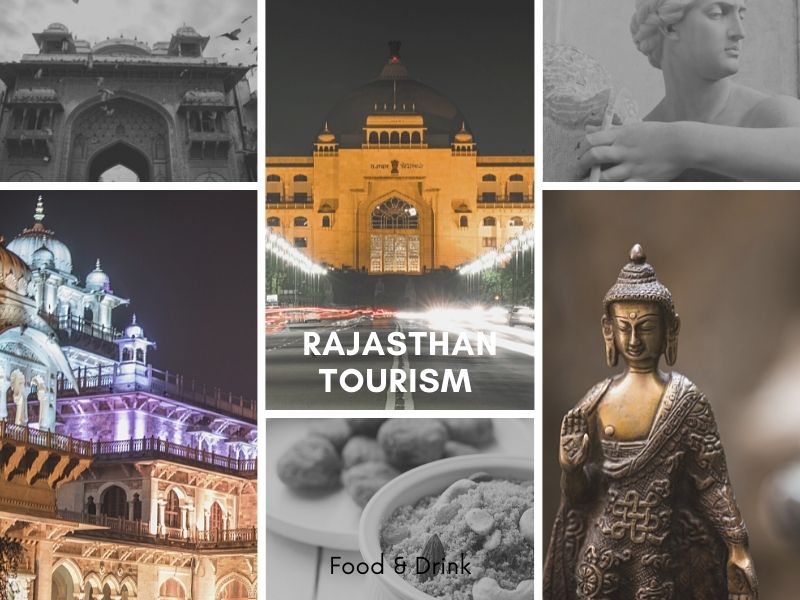 Rajasthan is a bustling state complete with impressive things to see and do. The state is famed for its warmth and welcomes guests with the hymn ‘Padhaaro Maare Desh,’ which translates to ‘Please come to my country.’ Its remarkable history has been maintained for many ages and civilizations, producing a rich cultural legacy and putting India on the map of the world. As a result, the combination of traditional dance and music, golden sand desert, camels, and the pride of Rajasthani men, colourful and big turbans, makes it a fantastic spot to come and spend beautiful holidays. Rajasthan, which spans 342239 square kilometres, is the pride of the North Indian state.

The state is peppered with several tourist sites that seem ideal vacation spots for guests of all ages. To put it another way, a trip in Rajasthan is a full bouquet for the adventurous visitor. Even a brief trip in Jaipur, the state’s capital, is a reflection of the state, with magnificent forts and palaces such as the Hawa Mahal, Jal Mahal, and Amer Fort, lakes and monuments, architectural wonders, and many more sites such as Chokhi Dhani that enchant visitors. The royal state’s village tour is another chance to appreciate the area’s rural splendour. Even the air of a glorious state is filled with the scent of cultural grandeur. It’s not only the city’s architectural brilliance; world-famous places like Jaisalmer and Jodhpur also showcases contemporary items. One feature that draws visitors’ attention when going through Rajasthan is the state’s metropolitan areas, which are still firmly tied with ancient culture and customs to preserve the past’s heritage. Tourists flock to world-famous livestock fairs like Pushkar and Nagaur.  You can rent to visit in Rajasthan from Maharana Cab. Apart from that, the most prominent fairs and festivals include Mewar, Marwar, Teej, Elephant, Gangaur, Kite, and many more, held throughout the year.

Rajasthan has a plethora of forts that provide panoramic views of the surrounding countryside. Amber Fort in Jaipur, Mehrangarh Fort in Jodhpur, and Jaisalmer Fort, also known as Sonar Quila, are three of the most important forts in Rajasthan. In addition, the Umaid Bhawan Palace and the Jaipur City Palace are two prominent palaces in Rajasthan. Both of these palaces were built during the reign of the monarchs, and the furniture and other items used by the royal family may be seen within.

The state’s primary portions are controlled by a parched and arid environment, which is endowed with various geographic characteristics. The diverse geography includes rolling dunes, rocky terrain, thorny scrubland, marshes, plateaus, and forested areas. In addition, the state is home to the Great Indian Thar Desert and the Chambal River, both of which are beneficial to the state and provide water for the area.

Rajasthan’s people are intriguing and welcoming. Rajasthan is supposed to alter every 20 kilometres in terms of water, languages, cuisine, and multicoloured turbans. In Bharatpur, Braj Bhasa is spoken, in western Rajasthan, Marwari is spoken in Udaipur, Mewati is said in Alwar, Jaipuri or Dhundhari is expressed in the east and southeast, and the list goes on and on. Even though we are in the twenty-first century, the people of Rajasthan have chosen to stick to their origins.

Along with its rich legacy, culture, and gorgeous forts and palaces, Rajasthan’s delectable and finger-licking food is one of the state’s primary draws. The state delights its visitors in every way possible, whether via entertainment or delicious cuisine. Rajasthan’s traditional food is well-liked by tourists. Geomorphology and climatic conditions have had an impact on Rajasthan cuisine.

Another feather in Rajasthan tourism’s crown is the state’s genuine civilization and rich culture, which speak volumes about the state’s dynamic culture. Starting with the Harappan society, Aryans, Bills, Jains, Jats, and Muslims, it has a rich cultural history that has been carefully preserved overages. Rajasthani arts and crafts are world-renowned.