6 Best Places to Visit in Udaipur for Summer Vacation 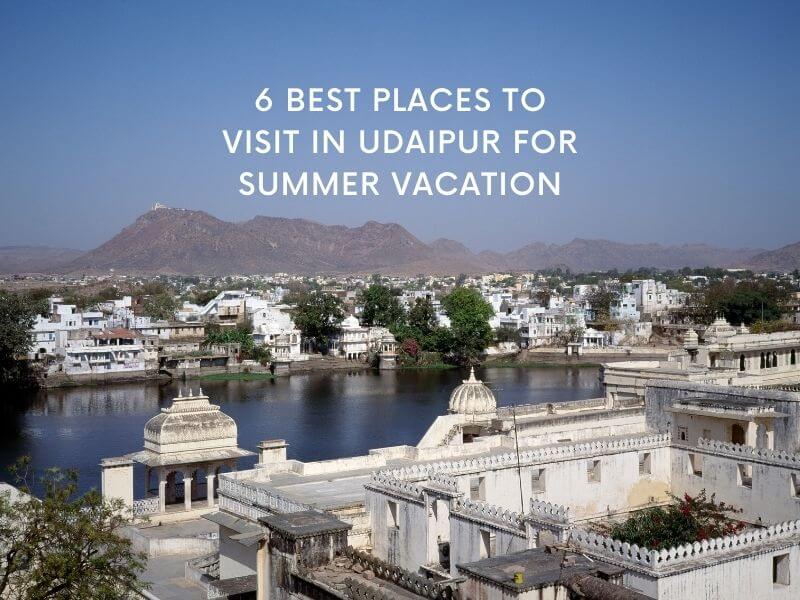 6 Best Places to Visit in Udaipur for Summer Vacation

6 Best Places to Visit in Udaipur for Summer vacation

After India became a democracy and its states united into the Union of India, how did Rajasthan’s royal monarchs fare? To create revenue, they transformed their palaces into hotels and tourist attractions. The Mewar royal family’s City Palace Complex in Udaipur sets the bar high when it comes to historical tourism. Two historic palace hotels (see below) and the City Palace Museum are part of an all-encompassing experience. A vintage automobile collection and Jag Mandir, a pleasure palace on an island amid Lake Pichola, are also available. It is Rajasthan’s most extensive palace complex.

Bagore Ki Haveli offers another unique glimpse into the royal family’s lifestyle and the culture of the region. The Prime Minister of Mewar used to live in this spacious palace on the banks of Lake Pichola at Gangaur Ghat (where you may sit by the lake), which was erected in the 18th century. It was transformed into a museum in the late 1980s following five years of restoration work, and it’s a delight to roam through. There are over 100 rooms, courtyards, and terraces on the inside, many of which have stunning paintings and superb mirror work. On exhibit are royal paintings, monarchs’ clothing, personal artefacts, and traditional Rajasthani arts and crafts. A puppet gallery and a turban collection, including the world’s largest turban, are also available.

The most popular of Udaipur’s man-made lakes are Lake Pichola and Fateh Sagar Lake (to the north of Lake Pichola and connected by a canal). A boat ride on Lake Pichola provides a completely different perspective of the city, particularly the City Palace Complex. Depending on what you want to see and how much you want to spend, you have a few alternatives. To get to Jagmandir Island, board one of the boats that leave from Rameshwar Ghat in the City Palace grounds (there is a modest cost to enter the City Palace if you aren’t staying there). The ordinary boat trip during the day costs 500 rupees per person, while the nighttime boat excursion costs 800 rupees per person.

In the Lal Ghat region near the City Palace entrance, this massive white Hindu temple with complex construction and embellishments is an obvious sight. It was constructed in 1961 by Maharana Jagat Singh and holds a black stone statue of Lord Jagannath, an avatar of Lord Vishnu who is revered in Hinduism as the universe’s preserver. Every sunrise and dusk, an expressive aarti (worship service) takes place.

A history stroll through Udaipur’s streets is a terrific opportunity to get a feel for the City of Lakes and Palaces. One of the nicest tours offered by Walk and Pedal is the Walk Down Memory Lane excursion. You’ll get to see goldsmiths at work, temple rites, and tiny stores offering everything from shoes to books, as well as take in panoramic city views. Vintage Walking Walks also offers dawn and dusk tours. Additionally, Virasat Experiences’ informative Udaipur Heritage Walk is suggested for meeting local craftspeople. It gives you the chance to meet people who manufacture jewellery, ceramics, and bamboo crafts. You’ll also learn about local customs, beliefs, and traditions.

6: Cenotaphs of the Royal Family

The Ahar cenotaphs recognise dead members of the Mewar royal line. They are off the usual path but close east of the city centre. At the location where the victims were burnt, 372 white marble cenotaphs have been built over the years. About 20 of them are from previous kings and are quite valuable. There’s also a holy stepwell on the property, as well as a tiny archaeological museum dedicated to the area’s early residents.

The Monsoon Palace is surrounded by the Sajjangarh Biological Park, which may be visited along the route. Trekking paths and a zoo are the primary attractions. In terms of Indian zoos, it’s not awful, having large cages spread out across a large region. Electric golf carts may be leased for 50 rupees per person or 400 rupees for a private cart to view everything. Lions, tigers, leopards, sloth bears, deer, ostriches, porcupines, and turtles are among the approximately 20 mammal and reptile species. Except on Tuesdays, the park is open from 9 a.m. to 5 p.m. daily. Indians pay 35 rupees per person, whereas outsiders pay 300 rupees per person. Please keep in mind that many of the animals sleep during the day.

If you are also planning to go to Udaipur then book now Car Rental in Udaipur and if planning to go with family then book at Tempo Traveller in Udaipur if you are coming from other state then hire car in Jaipur You can also book car from Delhi , Jodhpur , Bikaner ,  Ajmer.