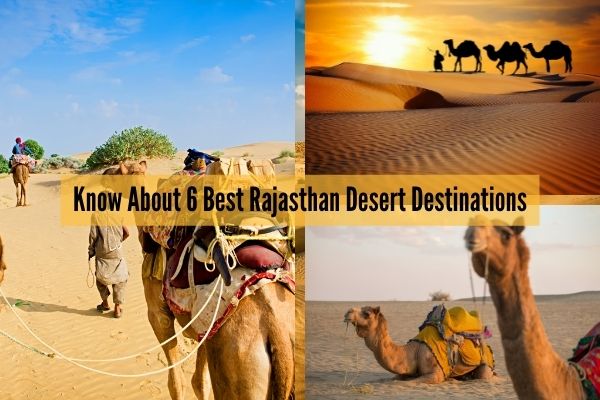 Desert Camps,Jaisalmer,Rajasthan May 12, 2022 No Comments

Along with admiring the endless sheets of shimmering sand, one can also enjoy the majestic architecture of Jaisalmer, Jodhpur, Bikaner, and Ajmer, comprehending how people adapt to living in the desert rajasthan.

The Thar desert, which is located in the northern section of the Indian Subcontinent, is the world’s 18th biggest desert. It’s also known as “The Great Indian Desert,” and it’s a 200,000-square-kilometer stretch of undulating sand dunes. While Rajasthan contains the majority of the desert, it also extends to the Indian states of Gujarat, Haryana, and Punjab, as well as the Pakistani province of Sindh. Thar is a sight to see because of its unique ecology, which is home to a great variety of flora and animals as well as a rich human culture that brings visitors from all over the world.

Jaisalmer is a significant tourist destination in India’s northern state of Rajasthan, near to the Pakistan border. Due to the abundance of golden dunes flowing in the Thar Desert, it is known as the ‘golden city.’ Due to its proximity to the Thar and the availability of facilities, Jaisalmer is the finest site in Rajasthan to explore the desert. Lakes, elaborate Jain temples, havelis, and castles covered in golden yellowish sandstone surround Jaisalmer. Climb aboard a camel and go into the desert, or camp beneath the stars in this golden land for a memorable experience.

And view below details on:

Bikaner, a “culture paradise and a traveller’s refuge” in Rajasthan’s Thar Desert, is a “cultural paradise and a traveller’s haven.” Camels sauntering across the city’s gorgeous sand dunes will enchant you, as will the city’s old palaces and forts. The beautiful city, which is rightly referred to as one of Rajasthan’s three major desert kingdoms, features old-world elegance, rich havelis, and reflects a pleasant bygone age of the Rajputs. Bikaner is widely known as “camel country” for growing some of the world’s most famous riding camels.

Khimsar, known for the Nagaur Festival, is a tiny town in Rajasthan that is ideal for a relaxing weekend vacation in the winter. Khimsar, located on the outskirts of Rajasthan’s Thar Desert, is known for its golden sand dunes and majestic fort, Khimsar Fort. Camel safaris on the sand dunes, as well as nighttime activities like campfires, folk dances, and singing, are available to guests.

Kumbhalgarh town is another feather in Rajasthan’s regal crown, known for its massive snake-like castle. The mediaeval town is known for its magnificent structures, lavish palaces, a plethora of temples, and colourful chattris. The Kumbhalgarh fort is Rajasthan’s second most significant fort, and it is incredibly spectacular. The fort’s beautiful location at the slopes of the pebbly Aravalli hills adds to its allure and gives it a remarkable topography for a Rajasthan desert .

It is also known as the “Gateway to Thar” because of the Mehrangarh fort, blue homes, temples, sweets, and snacks it offers. Aside from the fort, there are other temples, lakes, and retail lanes that are reminiscent of a bygone period. You may spend your day walking through the glades of the rocky mountains in Jodhpur and being adventurous in this Rajasthan desert . If you are planning to come here with the whole family, then you can book our tempo traveller from Jaipur.

Pushkar, dubbed the “rose garden of Rajasthan,” is a cultural and intellectual centre. Nothing better describes this renowned city than a sought-after destination that offers the essence of Pushkar flowers, the allure of a culturally active ambiance, and exciting festivals that make them the best cultural  festival of India Pushkar’s west breeze that lends the scorching sandstone town a laid-back Westwood atmosphere. It is one of the most important pilgrimages for Hindus seeking holy spiritual happiness, since it is home to the world’s sole temple devoted to Lord Brahma. For Hindus, numerous ghats are packed with worshipers who close their eyes amid the peacefulness of the temple , chanting quietly and relaxing.

Every structure in Chittorgarh still reverberates with the history of its sacrifice and valour. It is a repository of old buildings, an exceptionally rich legacy, and an eternal folklore boasting of its glorious majesty. Chittorgarh, the former capital of the Mewar empire, is a place of forts, citadels, ruins, and evergreen legends. Chittorgarh, located in Rajasthan’s south-eastern corner, represents Chattari Rajput pride and is famous in history for its epic wars, particularly the siege of Alauddin Khilji. Chittorgarh, formerly famed for its luxury and grandeur, has abandoned its legends of valour and treachery in order to catch up with commerce, but those tales of splendour and magnificence will never be forgotten.

Ajmer is known for its Dargah Sharif of saint Muin-ud-din Chishti, which is surrounded by the Aravali hills. Ajmer, firmly rooted in its traditions and history, has a certain allure that stems from the ethics and workmanship that have been practised for generations. Hire Car Rental in Ajmer to see stunning Mughal architecture situated in a serene and spiritual atmosphere.