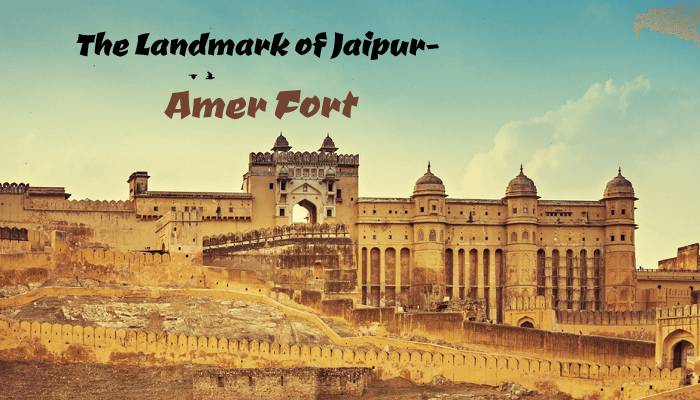 The Landmark of Jaipur- Amer Fort

Amer Fort is one of the most beautiful and storytelling fort in the Pink City Jaipur. Amer Fort is a magnificent yellow and pink sandstone fort it sat atop a rocky hillock in the Amer. Therefore Amer is a small town which is located 11 kilometers from the Jaipur. Here green water-filled lake which is known as Maota Lake and it is a beautiful facade. Amer is one of the most famous forts of the Rajasthan. In ancient times, Amer is the capital of the state before the Jaipur. Amer Fort is an old fort which was built by Raja Man Singh. Another name for Amer Fort is the Amer Palace.

The Amer Fort was built in the red sandstone and in the marble. As well as the Maotha Lake adds a certain charm to the entire fort. Amer Fort is very old and may even look so much beauty from the outside as well as it looks beautiful on the inside and boasts of the various buildings of the prominence. For instance like the “Diwan-i-Aam”, the “Sheesh Mahal” and even the “Sukh Mahal”. Consequently, the Amer Fort has influences of both the Hindu and Muslim architecture. The Amer Fort also has the Shila Devi temple and the Ganesh Pol which is a gate that leads to the private palaces of the kings. Thus the Amer Fort has many pavilions and halls of the great interest and other popular attractions.

History of the Amer Fort 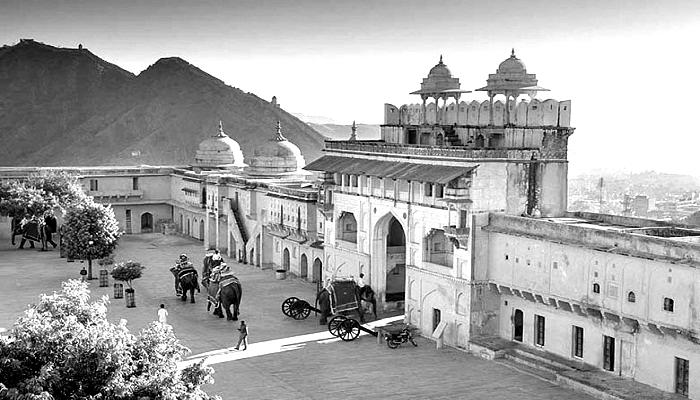 Once Amer was known as the Dhundar and it was ruled by the Kachhwahas from the 11th to the 16th century until the capital was moved from here to the Jaipur. In the year 1592 AD Raja Man Singh built this fort and the Raja Jai Singh expanded and renovated it later. While many such of the old structures have been either destroyed or replaced by the other things. So this fort has stood against all the tests of time and the invasions. To cover the nearby destinations our best cab service provider is providing the best car rental services.

What are the nearby tourist attractions of Amer Fort? 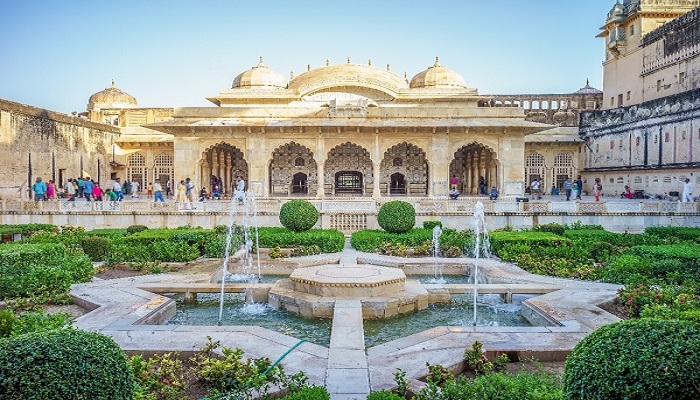 The structure of Amer Fort has four different parts and each with having a separate entrance. The main entrance to the Amer Fort is through the Suraj Pol or from the Sun Gate. The Sun Gate opens up into the main courtyard. Thus the east-facing gate is also the main entrance to the palace and its position with respect to the rising sun is the source of its name. Thus the Jaleb Chowk is one of the four courtyards of the Amer Palace. And the Shila Devi temple is the right at the entrance to the main palace grounds. If you are planning to visit Jaipur city then hire a car rental in Jaipur to cover the nearby destinations. And another second courtyard is famous for its Diwan-i-Aam (Public Audience hall) and the Shesh Mahal and the Sukh Mahal. One of the most fascinated attractions here is the Magic Flower.

The Amer Fort/Palace is the beautiful structure that was built by the Raja Man Singh in the 16th century.  If you are planning to visit the Amer Fort then do not forget to check out the Sheesh Mahal, Diwan-i-Aam and the Sukh Mahal also.  Here you will also experience the royal elephant ride, in addition, the fort is a ten-minute walk uphill and your little trek will be worth the wonders that it offers.