8 Places to visit in Jaipur at Night 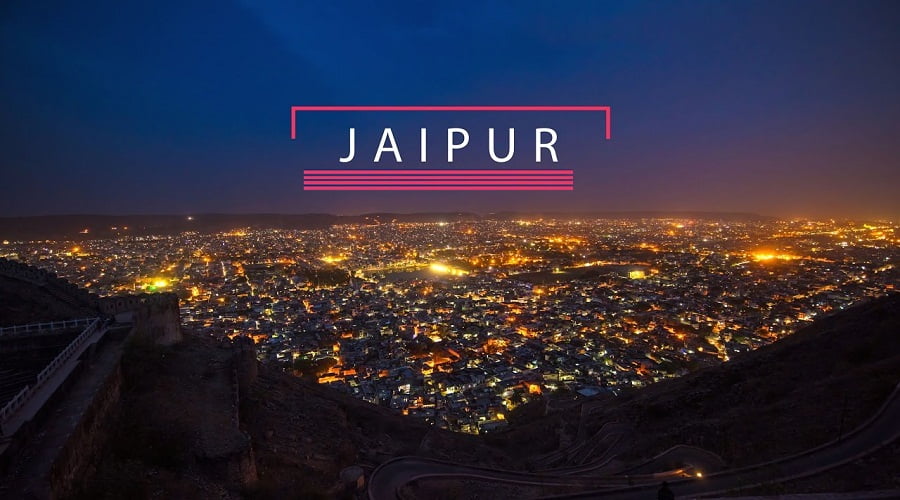 8 Places to visit in Jaipur at Night

Jaipur is a heritage city which is rich in culture. When someone takes a step out of your house in the streets of the Jaipur at night then we all feel that it holds a faint smell which is in the air knowing that somewhere around there is something that carries a whiff of magic and a hidden story. If you are exploring the Jaipur and done by it. Then let me tell you that Jaipur nightlife is one of those elusive experiences that one cannot miss it by availing Jaipur sightseeing package. So in this article, we are guiding you about 8 places to visit in Jaipur at Night. These places are fantastic that bring out the best of the Jaipur’s night. 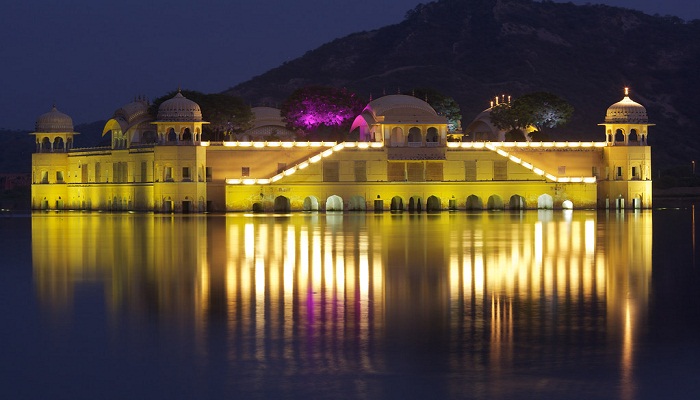 We all know that Jaipur is a city that might not boast of the water bodies so much. It has the most magnificent water palaces in the world which is none other than Jal Mahal. Jal Mahal is located in the middle of the Man Sagar Lake. Jal Mahal is also known as Water Palace. Jal Mahal is a beautiful palace and the lake around it was renovated and enlarged in the 18th century by the Maharaja Jai Singh II of Amber. To cover the nearby destinations our best cab service provider is providing the best tempo traveller in Jaipur. In the middle of the blue lake, it shines like the golden gem at the night. So if you are planning to visit Jaipur at night then do not forget to visit Jal Mahal or Water Palace. 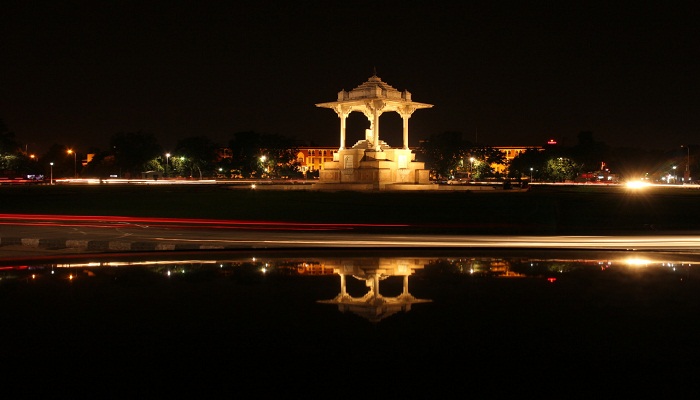 Statue Circle is one of the most popular and famous landmarks of the Jaipur. Statue circle is one of the famous circle and a white statue at the circle is a statue of the founder of Jaipur City who is Sawai Jai Singh II. At night the statue of the statue circle looks even more royals. Here the beaming crowd of locals storming around it for the walk-in garden to grab a scoop of the ice cream or have a cup of the famous coffee at Statue Circle visit here. 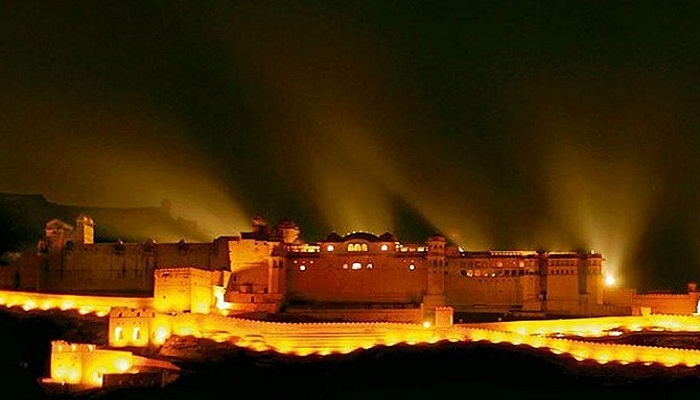 Amber is once the capital of the princely state Rajasthan. Amber boasts of spectacular beauty. It is situated 10 km away from the Jaipur and it is on the Jaipur- New Delhi road. Amber fort has the arresting site at the night and it is magnificent. This is the best place to visit if you want to explore Jaipur at night. You can hire a car rental in Jaipur to remove the travel hindrance at night to go here and there. 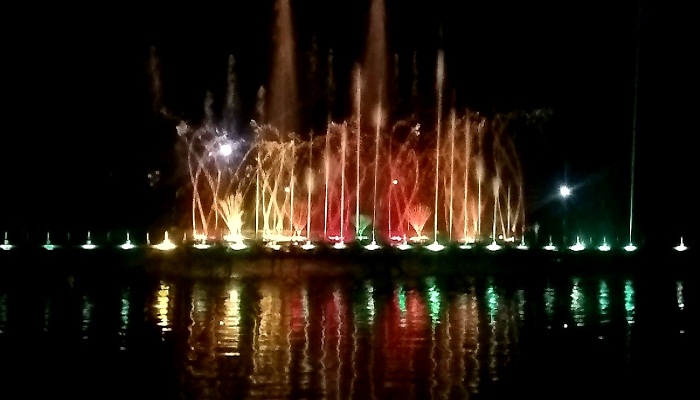 As we all know the Jawahar circle is one of the biggest circular parks in Asia which is developed on the highway. Jawahar Circle is located on the Jawaharlal Nehru Marg Jaipur.  The Jawahar circle is surrounded by the various kiosks but the highlight of this place is the musical foundation that changes lights and splashes the beholders with the happy and refreshing feel. 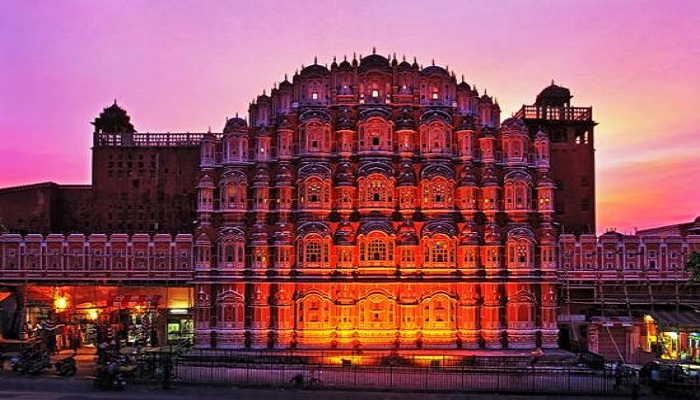 Hawa Mahal is also known as the Palace of the Wind. Hawa Mahal is a pink sandstone palace that represents the pure glory of the essence of the pink city. There are 953 windows that are called jharokhas are lit up in varied hues at night. Therefore the drive around the walled city becomes an illuminated memory forever. 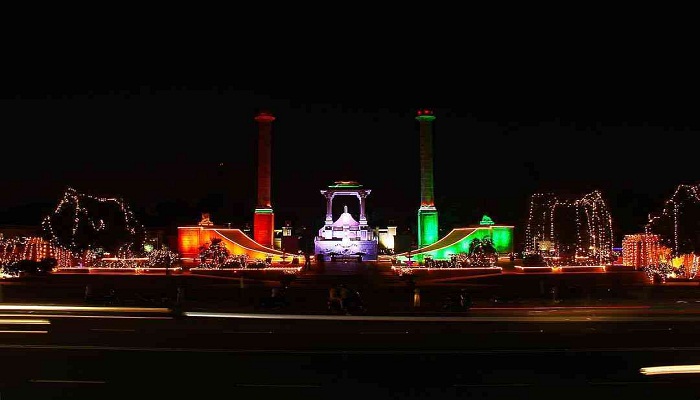 Amar Jawan Jyoti is a place that is drenched in the spirit of pride. Therefore the Amar Jawan Jyoti evokes patriotism at just with the one sight. It glorifies the selfless sacrifices of the soldier from Rajasthan. The aura around Amar Jawan Jyoti has a tranquil, so one can soak into while sitting on the stairs and watching the traffic pass by. 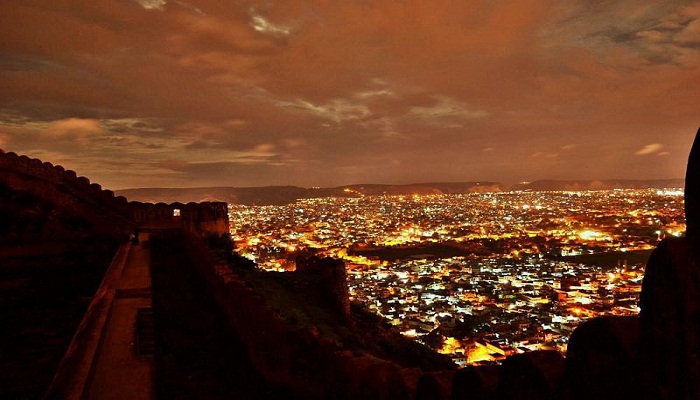 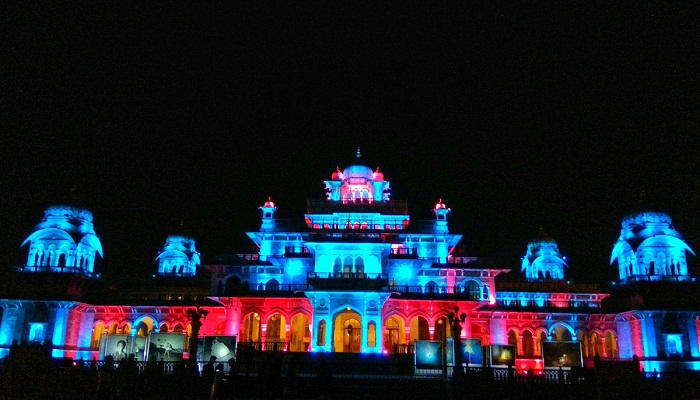 It is one of the oldest museums of the Rajasthan which is also the state museum. Albert Hall is the best place to visit at night in Jaipur. Here you will see that it shines in the glorious colors oozing a sense of pride in the architecture of the pink city.